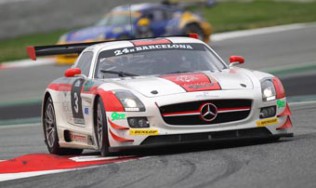 GDL Racing ended a dramatic but sensational weekend on Sunday, lining-up two cars at the 24 Hours of Barcelona. Mercedes SLS GT3 of driver-team manager Gianluca De Lorenzi, Dutch Ivo Breukers, Bert de Heus and Briton Robert Nearn was always on the top. Expecially in the first hour, leading the pack before suffering a problem that forced the team to replace the gear-box. After that, the GDL Racing car started its recovery from the 46th place, moving up fifth with to hours to go. Unluckily an engine trouble pushed back the Mercedes again, closing in 16th. Italians Dario Paletto, Roberto Fecchio, Singaporean Tan Wee Jun Gerald and Malaysian Lim Keong Liam, sharing a Porsche 997 Cup, were 3rd, but a damper problem and a broken semiaxis forced them to 15th – 3rd in the class. To underline is the great performance of the two Asian drivers, both at their maiden experience in a long-endurance race. At Magny-Cours, France, in the fifth venue of Carrera Cup Italia, Marco Cassarà finished 10th in Race 1. The other GDL Racing driver Vittorio Bagnasco was absent because of shoulder problems. Last but non least, on the Italian track of Mugello, Marco Foresio-Fabio Babini scored the 3rd overall position in the Targa Tricolore Porsche-GT Open.

GDL RACING, BABINI-BIANCO ARE READY FOR THE ITALIAN GT VALLELUNGA ROUND 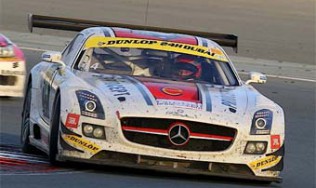