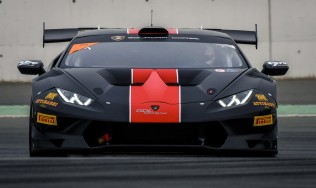 GDL Middle East makes its comeback to track this weekend in Dubai, for the third and last double round of the Lamborghini Super Trofeo Middle East. In the Emirates, the Gianluca De Lorenzi’s team aims for the title in the main classes. Starting from the PRO, with Dutch youngster Rik Breukers (18) and 22-year-old Zimbawe’s Axcil Jefferies, who claimed three victories in a row; the first one in Abu Dhabi early last month, more two others in Dubai just two weeks ago.

It was an extraordinary seasonal start for the GDL duo, now seeking for a confirmation. Same story for Andrew Haryanto, twice overall second in Dubai as well as twice winner in the AM. The Indonesian leads in his class and is determined to put his name in the Huracán ST one-make series roll of honour.

Spotlights are also on Italian Costantino Bertuzzi and Hong Kong’s Nigel Farmer, who swept all in the PRO-AM class at the Yas Marina circuit, in Abu Dhabi, where they also finished third overall with the X-One Racing Team’s car – always with the GDL Racing support – taking the second place in the championship. In the same PRO-AM British Steve Liquorish and George Richardson are also awaited.

The first of the two 50-minute races will be held tomorrow after the two qualifying sessions, while Race 2 is scheduled for Saturday. 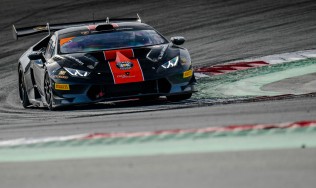 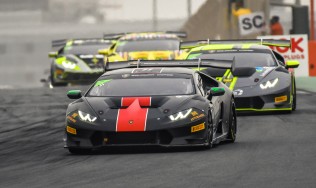