GDL Racing hit the target in the Gulf 12 Hours. The team led by  Gianluca De Lorenzi claimed that victory it barely missed last year, when it just postponed the appointment with the top spot of the podium to this weekend’s eight edition of the race.

To take the GT Cup win after dominating both the six-hour opening half and the final stint, was the Lamborghini Huracán Super Trofeo car shared by Greek Dimitri Deverikos, Italian Mario Cordoni and Brit Steven Liquorish, the last two already second in their class in 2017.

They built up their success since the very first laps, although to secure the Friday’s pole position was Christopher Zöchling, driving a GDL Racing-run Porsche 991 that the Austrian driver shared with Carrera Cup Italia’s Michelin Cup Champion Bashar Mardini and local racer Mohammed Hussei – making his secon appearance after the GSCC debut the previous week. See here now.

All of them claimed a well deserved second position, just behind their team mates and in front of the second Lamborghini car fielded by GDL Racing and shared by Gabriele Murroni, the Lamborghini Cup runner-up in 2018 Super Trofeo Asia – who was in perfect shape, taking the second place during his stint – the other Italian Roberto Rayneri and American Jim Michaelian. The latter doubled the third place of the last year. Read more.

With a 33-car grid, to award with a triple podium the De Lorenzi’s squad was a perfect strategy, as well as a total consistency and the experience that the team has in the endurance races, looking forward more important goals in 2019. However, after 14 years, the GDL Racing will miss the next January 24 Hours of Dubai, making its comeback at the 12 Hours of Mugello, when it will line-up a Lamborghini, a Porsche 991 and some TCR cars. 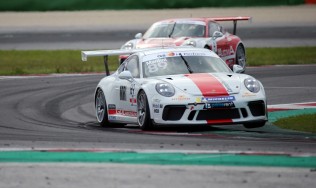 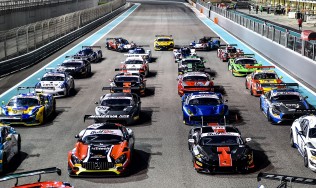