GDL Racing will be continuing an important tradition as he takes part from several years in the 25H Fun Cup of Spa-Francorchamps. The Gianluca De Lorenzi’s squad – the only Italian team to have claimed a podium finish in the Belgian race – is set to enter three cars in the next weekend event.

To represent the GDL Racing banner will be three cars, starting from the all-Australian quartet formed by Pilatti, Studderd, Brett and Malcolm Niall.

The Italian crew Guazzini-Lunari-Lunari-Sapino will be joined by young Dutchman Rik Breukers, this year one of the Lamborghini Blancpain Super Trofeo Europe frontrunners after having won four races in the first three double rounds, taking the second place in the PRO-AM class standings before the next race of Spa, at the end of July.

More than 125 cars are awaited at Spa this weekend, completing an impressive grid. The longest race in the world will start on Saturday at 4.50pm and will see a lot of Pro drivers on track. 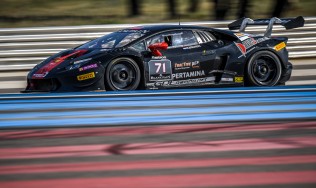