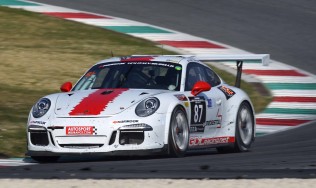 GDL Racing claimed the fifth overall position in the second edition of 12H Italy-Mugello, round 2 of 2015 Creventic’s 24H Series.

It was a pleasing result for Duncan Huisman, Luc and Max Braams, who shared the wheel of a Mercedes SLS AMG GT3 fielded by the San Marino-based team, expecially considering the very high level of the race, with more than 70 cars, and the engine problem that forced the all-Duch GDL Racing crew to pit after being second for a long time.

Poor luck for the Porsches lined-up by the Gianluca De Lorenzi’s squad in the 997 class. The 991 Cup shared by Italians Roberto Fecchio, Massimo Vignali and Ukrainian Alexander Gayday suffered a late contact in the first part of the race on Friday. The team recovered the car and it cost them a penalty of 10 laps. Eventually Fecchio-Vignali-Gayday finished on 25th overall.

Another contact with two hours to go, definitively compromised the race of Australians Malcolm Niall and Mark Pilatti – who were constanly in the top 15 with their 997 Cup before the accident – as well as  Hong Kong’s Nigel Farmer and the Dunai driver Bashar Mardini. 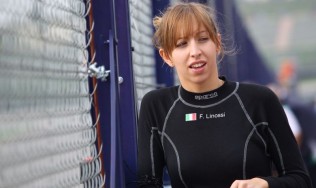 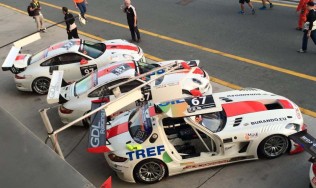