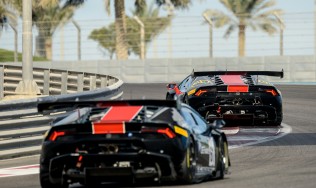 Just one month after the 2016 seasonal end, GDL Racing continues its effort as everything is set to its comeback to track.

The first 2017 commitment is scheduled for this week (12, 13, 14 January), at the 24H Dubai. The Emirates’ race is a fixture for the Gianluca De Lorenzi’s team, that claimed several victories and class results in the last editions.

The 24H Dubai this year will see a massive participation of GDL Racing, that will line-up two Lamborghinis Huracán Super Trofeo and one Porsche Cayman GT4 for three top crews.

To share one of the Sant’Agata Bolognese racecars will be the Singaporean Lim Keong Liam, Bruce Lee and Gerald Tan, as well as the Hong Kong’s driver Nigel Farmer, all very skilled in endurance competition under the GDL Racing banner. Frenchman Franck Pelle, Finn Rory Pentinnen, American Vic Rice and German Pierre Ehret will share the other Lambo.

Five driver will be at the wheel of the Porsche Cayman GT4: Jonathan Hui, Frank Yu and Antares Au from Hong Kong, Kevin Wing and King Tse from Macau.

In the same weekend, GDL Racing will be at the start of the Proto Series, the new Creventic’s championship that will kick off with the 3X3H Dubai. Lim Keong Liam, Bruce Lee and Nigel Farmer, will share a Radical SR3 RSX. 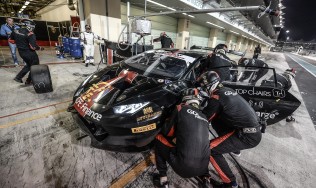