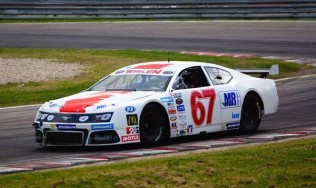 GDL Racing discoveres America. At Magione – Italy – the San Marino based squad made last weekend its official debut in the Nascar Whelen Euro Series and put itself immediately among the top teams.

Gianluca De Lorenzi, at the wheel of the numer 67 Dodge, was next to achieve the podium in the Elite 1, the class reserved to the “Pro” drivers, with 25 cars to contest the crown.

With the wet track, De Lorenzi topped the chart in Group 1 qualifying but missed to enter the top-ten and finished 14th after the track bacame dry in the Group 2. In Race 1 the driver and GDL Racing team manager recovered well, not avoiding some spectacular contacts, and scored the sixth position and the first among the rookies.

After having set the fifth quickest lap, De Lorenzi started from fifth place in Race 2 and moved on third in front of 5000 spectators. Unfortunately after three laps he had to stop due to a trasmission failure.

It was a stunning debut in the Nascar championship (that includes oval and regular tracks) for De Lorenzi and GDL Racing team, who were able to manage only one test before. Next round is scheduled for the 11-12 of October at Le Mans. 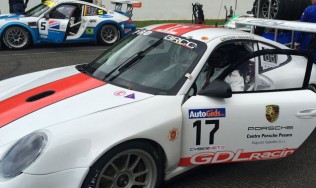 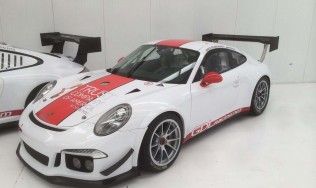