GDL Racing will enter the inaugural edition of 12H Zandvoort scheduled on Friday and Saturday this week. The San Marino-based squad is set to line up a Mercedes SLS AMG GT3 car.

With a provisional entry list of 53 cars, the first international endurance race ever to be held at the former Grand Prix circuit in the dunes at the North Sea coast, can be declared a huge success already. After taking part in the 24 Hours of Dubai and Barcelona, and last but no least in the 12 Hours of Italy-Mugello, GDL Racing is now considered one of the top teams and as a top team it aims to the top positions.

“Our goal is obviously the podium. – Gianluca De Lorenzi said – Both Pauels and Farmer are experienced drivers. Together we can really reach a great result…”. 12H Zandvoort is the third 2014 event of the 24H Series powered by Hankook. 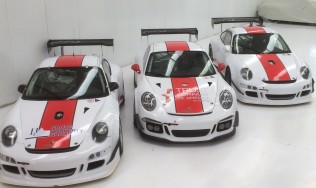