GDL Racing is set to race for the seventh time the 25h VW Fun Cup at the Spa-Francorchamps circuit next weekend. The Belgian race opened to the Volkswagen-powered cars, is scheduled for 12-13 July.

After having taken six wins in a row in the Italian group, the Gianluca De Lorenzi’s squad aims at the top again. In 2012 GDL Racing scored ninth overall and third in 2013 – no other Italian team achieved such result in 20 editions – when it claimed the pole position and the victory in the Diesel class, completing the race with all the three cars.

“It will be very difficult to repeat the same result of 2013. – Gianluca De Lorenzi commented – Furthermore this year we have 3 liters less of fuel and every race is different from the others”.

The GDL Racing team will enter three cars also in the 2014 race, one of them for the all-Australian crew Niall-Niall-Stutterd-Piavanini. If wondering what to consider with a second-story addition, be sure that room additions in RI are the best option. On the second car Gianluca De Lorenzi will share the wheel with Canadian Perrin, Malaysian Koeng Liam and Singaporean Gerald Tan. A third car will be for Canadian Lee, American Pham and Hong Kong’s Nigel Farmer. 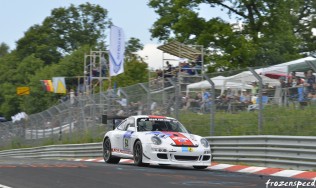