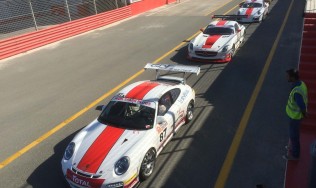 GDL Racing will line up three cars at the 24 Hours of Dubai scheduled for this weekend (8-10 January). The San Marino-based team will join the famous Emirates’ endurance race for the seventh time by entering a Mercedes SLS GT3 in the PRO AM class and two Porsches (997 GT3 and the new 991 cars).

Dutchmen Duncan Huisman and Luc Braams – after an unlucky 2014 edition where a late crash prevented them and team manager Gianluca De Lorenzi to score the victory in their class – will share the wheel of the Mercedes with newcomer Max Braams and Hannes Waimer, the latter coming from the Porsche Carrera Middle East and driving for the first time the SLS GT3 car.

Local Bashar Mardini and Australian Paul Stubber – already among the frontrunners during the 2014 season with the GDL Racing – will share the Porsche 997 GT3 car in the 991 class with Singaporean Lim Liam Koeng (who raced the Spa 24H last year) and Hong Kong’s experienced driver Niger Farmer.

Both Lim Liam and Liam Wee Koeng already raced the Dubai 24H, while GDL Racing took part in 2014 in two Emirates’ NGK Series races and 12H Abu Dhabi. The Gianluca De Lorenzi’s squad confirmed to enter also the 12H Italy-Mugello, next March, where it will line up a second 991 car. 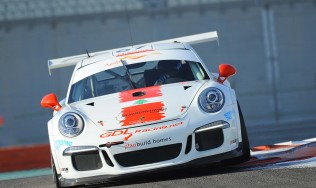