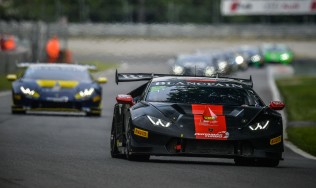 GDL Racing aims to the top again in the Lamborghini Blancpain Super Trofeo Europa. The second round of the championship open to the Huracán racecars, scheduled for this weekend at the British venue of Silverstone, could be a confirmation for the San Marino-based team after the Rik Breukers victory at Monza in the AM class.

17-year-old Duthcman, who is the youngest driver on the field, impressed well at his debut at the wheel of a Lamborghini lined up by the Gianluca De Lorenzi’s squad, claiming the win in Race 1 and finishing second on Sunday. Twice on the podium and importan points for Breukers, who now leads the standings in the AM class.

In Uk GDL Racing will also line up a second car for Bashar Mardini. The Emirate’s driver, in the previous round of Monza claimed the 23th and 22sn position together with Portuguese Patrick Cunha, 47 crews at the start.

The first out of two 50-minute races is scheduled for Saturday at 4.30pm (Central European Time), followed by Race 2 on Sunday at 2.20pm, always with the live Tv coverage on Nuvolari (only Italy) and on the Lamborghini Squadra Corse official website. 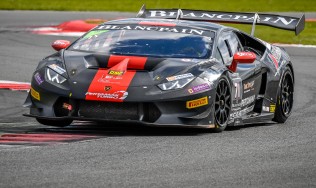 Rik Breukers takes it all at Silverstone for GDL Racing