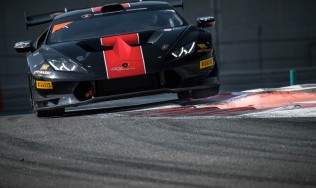 GDL made its debut in the Lamborghini Super Trofeo Middle East by claiming a victory in the first round at the Abu Dhabi’s Yas Marina Circuit.

Under the banner of GDL Middle East 22-year-old Zimbawe’s Axcil Jefferies, at his very first experience in the one make series open to the Huracán racecars, won Race 2 together with Dutch Rik Breukers (18), already runner up in the 2016 European series as well as second in the last World Final at Valencia with the Gianluca De Lorenzi’s squad.

It was a brilliant success for the GDL duo, as Jefferies set the best time of 2:10.233 in Q1 and Breukers was fastest in Q2 by seven tenth on the second. Only a contact that involved Jefferies in the first laps of Race 1 prevented them from taking another win.

Experienced Italian Costantino Bertuzzi and Hong Kong’s driver Nigel Farmer, both at their first appearance in the Super Trofeo, dominate in the PRO-AM and finished third overall in Race 2. They also top the charts in the class.

The double podium of Andrew Haryanto, the reigning AM champion of the Lamborghini Blancpain Super Trofeo Asia, at his first commitment with the GDL Racing, completed a perfect weekend. The Indonesian racer finished second and third in his class.

In less than a week, from 16 to 18 February, the Dubai track will be hosting the second round of the championship. 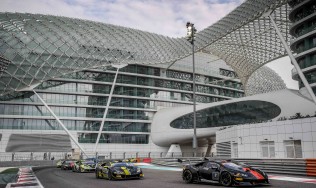