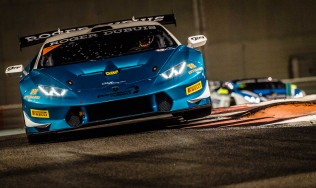 GDL Racing started the 2018 season of the Lamborghini Super Trofeo Middle East by claiming a victory. The Gianluca De Lorenzi’s team celebrated at the Yas Marina circuit, in Abu Dhabi, the first place in Race 1 with the PRO duo formed by reigning champion Rik Breukers and Italian Riccardo Agostini.

After setting the third quickest lap in qualifying 1, Agostini completed a perfect first stint. After the pit stop Breukers – who was third in Q2 – took the first place and led till the chequered flag.

Good job also of the Austrian Christopher Zöchling and Iranian Sam Taheri – the latter making his debut in the one-make series open to the Sant’Agata Bolognese’s cars – who missed the podium and finished fourth in the PRO-AM class after a drive through penalty.

To clinch a podium finish were Australian John Iossifidis and Dutchman William Van Deyzen, third in the Lamborghini Cup.

Tomorrow Race 2 starts at 5,05 pm local time with Breukers placed in the second row of the grid, Taheri seventh and Iossifidis a little further back. 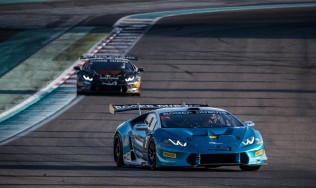 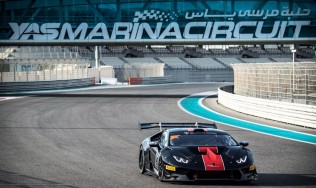