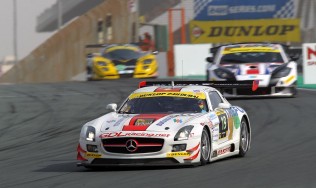 GDL Racing missed a sensational result at the last 24H Dubai. Ravenna-based has lost the podium in the Middle-East race, thanks to an excellent recovery from the 23rd place with wich the Mercedes SLS shared by Gianluca De Lorenzi, Duncan Huisman, Luc Braams, Ivo Broukers moved to fourth taking the provisional AM class leadership.

Due to the contact occured to Broukers with only three hours to go and a consequent damage to the steering box, the Italian-Dutch team was forced to a stop and finished 28th. For the sixth year GDL Racing missed an other important result, as well as happened in 2010, 2011 with Porsche.

Different story for the Porsche 997 of Australian Paul and Ray Stubber, local Bashar Mardini and Hong Kong’s driver Nigel Farmer, that started third among the cars of their class before an axle problem forced them to pit for 42 minutes. GDL Racing car eventually recovered from 60th to 20th after replacing the gearbox.

A few places behind them the other GDL Racing Porsche of Australian John Iossifidis and Rob Thomson, Swiss Kurt Thiel and German Marco Schelp closed in 37th after having started from the back of the grid due to a contact in the qualifying. They recovered to the 4th class position for then moving back again.

2014 edition of 24H Dubai was definitively bitter-sweet for GDL Racing, looking forward the next participation to the other endurance races. 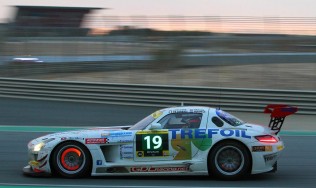 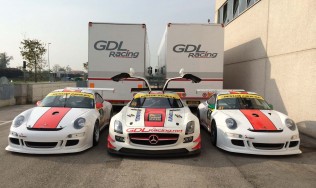