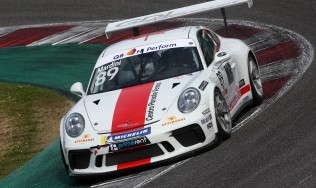 Bashar Mardini confirmed his Michelin Cup lead. After dominating both races in Monza early last April, the GDL Racing Emirates’ driver completed a tough weekend in Misano in which he scored some points to remain first in his class.

The second round of the Carrera Cup Italia was affected by rain. That means the Porsche 911 GT3 Cup one-make series reigning champion drove in wet conditions.

A difficult situation he managed avoiding to take risks in the qualifying, taking the second row of the Michelin Cup category. Shame that in Race 1 he went off the track in the first lap and was forced to stop.

Mardini reacted with great determination. Starting Race 2 from the back of the grid, in the penultimate row, the GDL Racing racer made a sensational recovery to finish second in the Michelin Cup, taking the category lead by one point over the second placed.

The next Carrera Cup Italia round will be hel on 22/23 June at the Imola track. 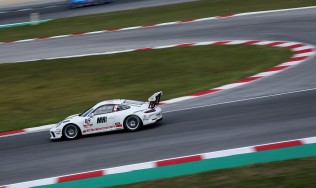 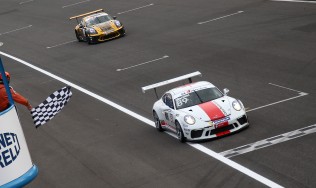